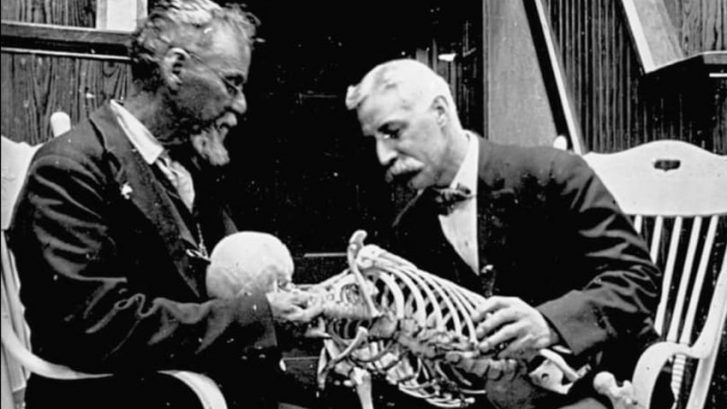 Osteopathy was born in the United States at the end of XIX century thanks to Doctor Andrew Still. Later on, it spread in the United Kingdom and in other European countries.

Dr. Still, who had a university degree in Medicine, in 1870 developed a medical philosophy which was different from the orthodox one. He developed manipulative treatment to therapeutic purposes, based on principles which were already well known by Hippocrate himself.

Osteopathy is a diagnostic and manual approach to joint mobility dysfunctions.

It emphasizes the unity and wholeness of the human body and the mutual relationship between structure and function.

Still recognized the muscle-skeletal system importance as a key element for health and through manipulation he understood a natural trend to self-healing. He paid specific attention to preventive medicine, healthy diet and keeping fit.

On May 1st 1892, in Kirksville, Still founded the American School of Osteopathy, bestowing the graduated students the title of Doctor of Osteopthy (D.O.).

alimentazione Andrew Still cervicalgia fratture ossee General ginnastica posturale Information mal di schiena NMT osteopata osteopatia osteopatia per la cervicale osteoporosi retropulsione alla spalla spalla Taping NeuroMuscolare
We use cookies on our website to give you the most relevant experience by remembering your preferences and repeat visits. By clicking “Accept All”, you consent to the use of ALL the cookies. However, you may visit "Cookie Settings" to provide a controlled consent.
Manage consent

This website uses cookies to improve your experience while you navigate through the website. Out of these, the cookies that are categorized as necessary are stored on your browser as they are essential for the working of basic functionalities of the website. We also use third-party cookies that help us analyze and understand how you use this website. These cookies will be stored in your browser only with your consent. You also have the option to opt-out of these cookies. But opting out of some of these cookies may affect your browsing experience.
Necessary Sempre abilitato
Necessary cookies are absolutely essential for the website to function properly. These cookies ensure basic functionalities and security features of the website, anonymously.
Functional
Functional cookies help to perform certain functionalities like sharing the content of the website on social media platforms, collect feedbacks, and other third-party features.
Performance
Performance cookies are used to understand and analyze the key performance indexes of the website which helps in delivering a better user experience for the visitors.
Analytics
Analytical cookies are used to understand how visitors interact with the website. These cookies help provide information on metrics the number of visitors, bounce rate, traffic source, etc.
Advertisement
Advertisement cookies are used to provide visitors with relevant ads and marketing campaigns. These cookies track visitors across websites and collect information to provide customized ads.
Others
Other uncategorized cookies are those that are being analyzed and have not been classified into a category as yet.
ACCETTA E SALVA